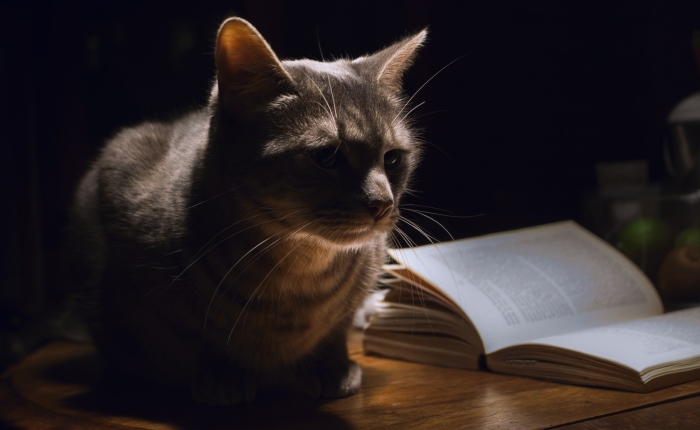 War is peace.
Freedom is slavery.
Ignorance is strenght.

It’s a fact that the Internet is a wonderful human invention, a magical tool, an open window and a master key. You can go and take a look at whatever you want with just a click. From Canada to China, from New Zealand to the deep space: your curiosity and thirst of knowledge are the only limits. However, this magical tool is oversaturated with information (true, fake, middle ground) and people tend to splash into it just to look what’s new on social media. Where did the natural curiosity go? Who killed it? We don’t need to think too much —if we still can— to realize how harmful social media can be, and how it has helped to create a new race of brain-washed humans.

As George Orwell and Ray Bradbury feared a society full controlled by the ones in charge and a culture manipulated by lack of information, Aldous Huxley envisaged a dystopian future (unfortunately, our present) of a brain-washed humans unable to think for themselves, as a result of being overfilled (attacked, if you will) by information. As a matter of fact, when the human brain receives large amounts of information with no time enough to proccess it, it can start to feel a strong need to rest. The same happens with our brand new gods we call computers, the difference between us is that our mind resting stage seems to be permanent. TV, Internet and social media have been ruling with plasma fist the minds of consumers for a long time, and the control and power they have reached is sadly unmeasurable.

The strategy to follow has been quite simple. The huge amount of information available on media is such impressive that average people prefer to switch to something easier to understand, that’s the key of Twitter’s success: social media users don’t want to read more than a paragraph, it’s easier and funnier to share pictures of cats trying to dominate the world, instead of trying to find out who’s dominating who. Aren’t we Facebook and Twitter slaves? In science fiction books and movies humans fear to be watched by the government, nowadays, we need an e-mail account to be part of the system, and what is worst, we want to be seen and part of it. Why to be part of a system who opresses the poor and destroys the planet we live in? We see murdered people in the news, people starving to death in documentaries and misery and unjustice down the streets and we do nothing against it but scroll down the page. Is everything world’s governments faults? Is it human condition? Well, some say the number of the beast is the number of a man, computed after the usual manner among men…Here is wisdom. He who has understanding, let him calculate it.

Since you were a child, you were bombarded with all kinds of adds, you’ve watched many TV programs that have showed you a hiperrealistic world that exists only on screen. As a result, you want to be like those botox people, eat plastic food and look at the world like if it was fake. Your reality is unbearable, but you have another life way better: a world where you are the center of everything, where you are an artist, where you’re a model, where you decide what to see, where you add or eliminate your friends with just the power of a right click, a world where nobody can say “I don’t like you”. A Fake New World.

Before you were born, your screen gods were working hard to build up a perfect place for you where you can feel free to buy whatever you want -or whatever you can- and not to worry about anything else. They create your needings and upgrade them everyday, manipulate your thoughts in order to get the perfect living dead consumer. You may think you’re thinking by yourself. You may think you’re free, because other countries are worse than yours.

You have the right to live your own life and satisfy your basic needs such as a new iPad or cellphone. You have the right to share and post as many cats as you want, to take pictures of your food, to tell the world where and who are you with and what are you doing. The snipers are pointing at you, but they’re not going to shoot unless you take a wrong step. That’s the cost of freedom. You signed it. And Google knows it.

III. The Screen is on Fire

Few hours after the attacks in Paris on the night of Friday 13 November, 2015, Facebook “suggested” users to use a filter with the french flag to “support” the attacked country. Many people followed Mr. Zuckerberg’s suggestion and changed their profile pictures even though they had no idea of what was happening, a lot of them from countries that France has invaded, attacked or tried to enslave in recent or ancient times.

Social media showed its power once again: people followed the filter as a fancy trend topic, and showed a very human ephemeral compassion to the victims and zero curiosity about the origin of the conflict. Regarding the powerful, trying to earn a seat by their side, at least, on media.

Few days later, French army bombarded children’s hospitals and schools in Syria. They did it again: they turned people on the side of the evil ones before they were “The evil ones”. Of course Facebook didn’t offer the chance to change your profile picture again and support Syrian people this time. In that case, who would have picked the Syrian filter?

War is about oil, which largest reserves are located in Middle East, and to know it takes just a click, the right click. But when we click, we usually prefer to do it wisely and go to Netflix and watch our favourite characters and superheroes fighting in a world where even the dead and the poor are good-looking.

Anyway, if we want a taste of reality, we can always go on Facebook and that’s it. It takes just a click to be happy. After all nothing is happening to us, everything’s just on the screen, that wonderful space we have to keep on sharing the cat. 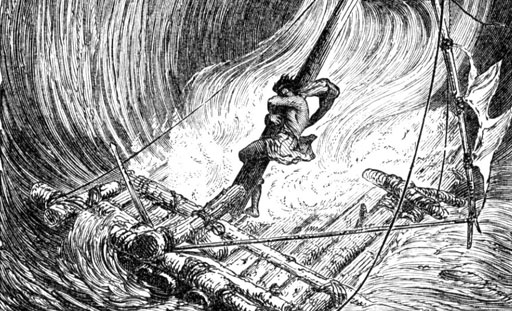 Even when I have spent a lot of time writing (I’m kind of a writer), when I was asked to write about a valuable life lesson I just got stuck. I was wondering about what to write and realized that most written stories are dishonest.

Usually, nobody wants to be the bad guy. People often talk about how they have been trying hard to be nice and do good things for others. “They made me that, I tried my best, I don’t think I deserved that”. But everyone has cheated, lied or been mean sometime. We’re humans after all, the only species that finds pleasure torturing others and killing for fun ̶ and that fact is not even mentioned in an encyclopaedia̶ . Why cannot we accept this as a fact?

What’s the reason for denying who we really are? We’re supposed to be kind and have empathy and compassion. However, if we sink into deep thought, what we find may be reasons to reflect about what we are doing wrong.

It’s hard to talk about oneself in an “objective” way. Perhaps it is because we are subjects, and we are not capable to point out what’s wrong with us. I mean, If you were a tree, how can you know that you’re a tree? Humans name things, that is another issue that defines us. The trees have no idea of what a tree is, only humans know that. So, maybe you’ll need someone else’s point of view to know something about who you are.

I thought about the things I have written, and the stories and novels I have read. The best ones (or at least the ones I like the most), are more neutral. There are no good ones or bad ones in there, the writer just made an effort to be honest and scratched his guts from the inside to create a character made of flesh and bones. And those kind of stories usually are more powerful and have more credibility.

So, why do most people still talk about themselves like they were flat characters? We need stories about heroes that incarnate the human values, that’s the reason why Greek tales are still quoted and reinvented. Odysseus has enough strength to deal with giants, cyclopes and sirens, and had the intelligence to know when to use each of his atributes as well. Maybe we need those kind of paradigms to remember that we can be, if not heroes, at least decent persons. Anyhow, people tend to forget that Odysseus sucumbed to carnal pleasures and was unfaithful to Penelope. Then again, people like to hear about the good things, and try to reflect themselves only in those positive aspects.

If we write and talk about ourselves considering all the things we really do, we will be more human, whatever that means.